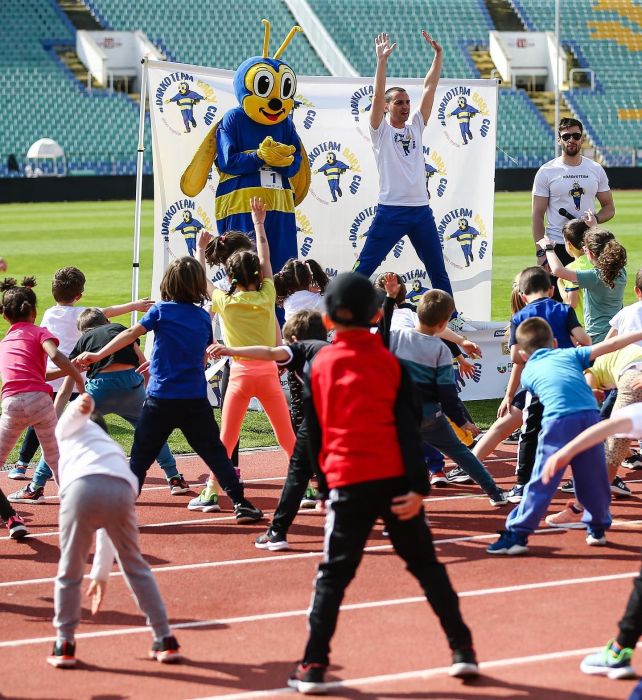 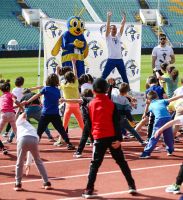 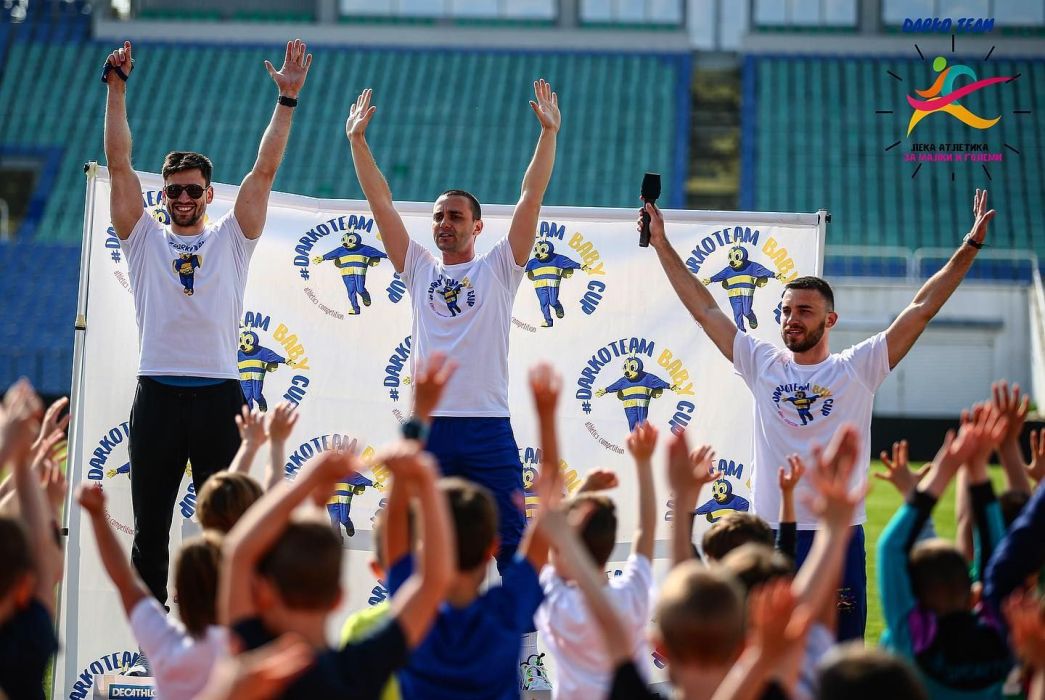 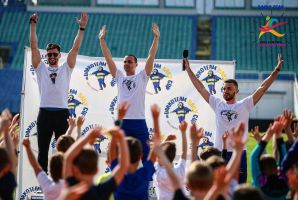 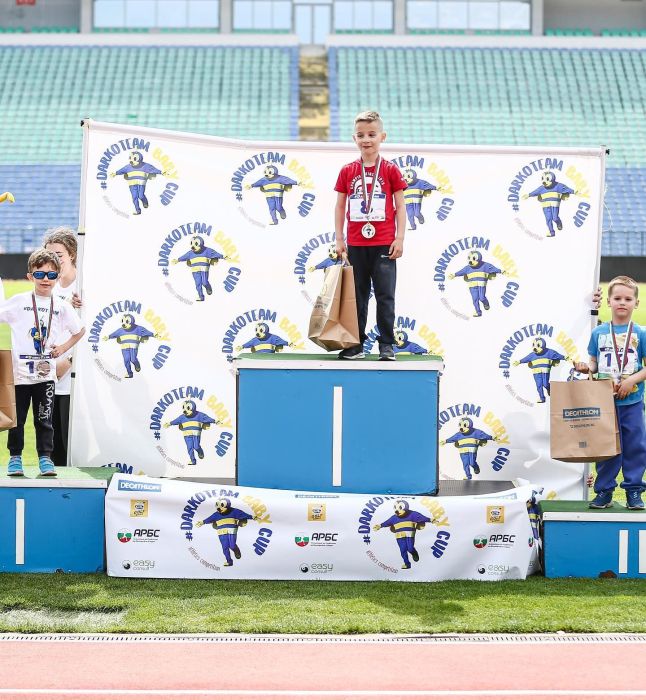 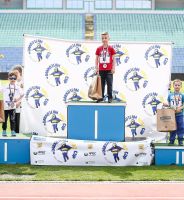 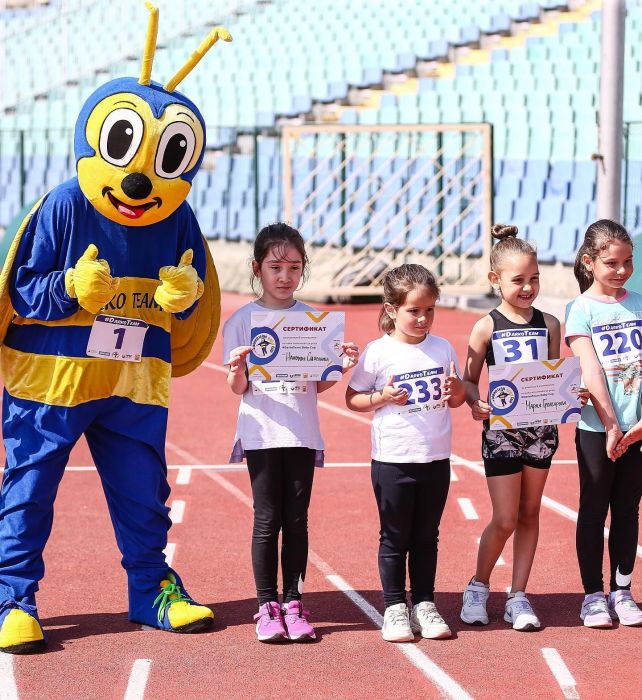 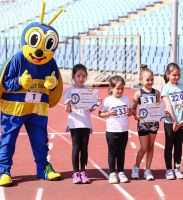 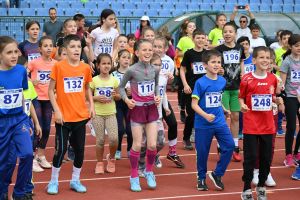 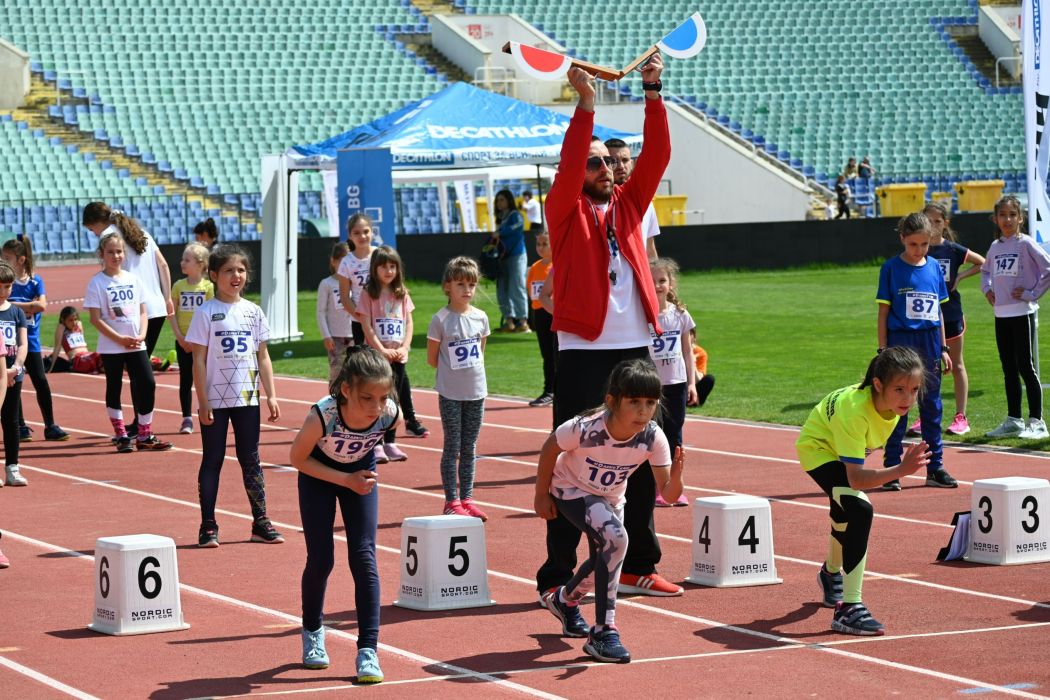 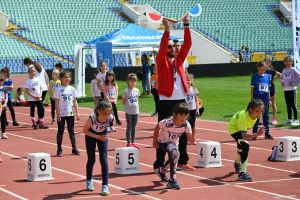 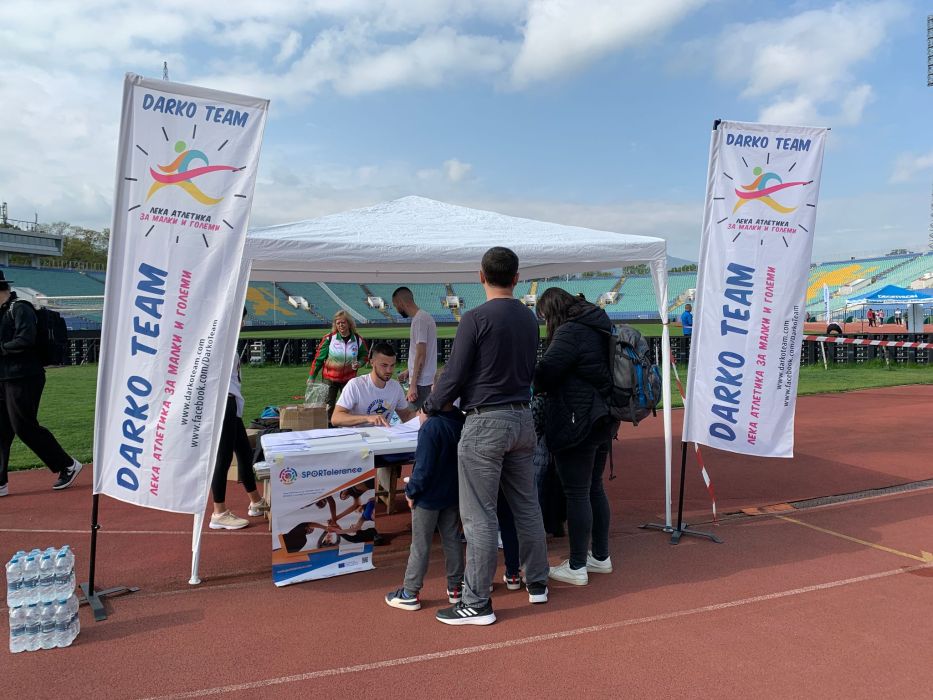 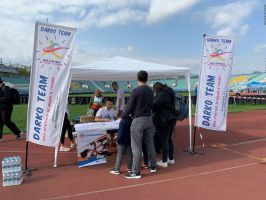 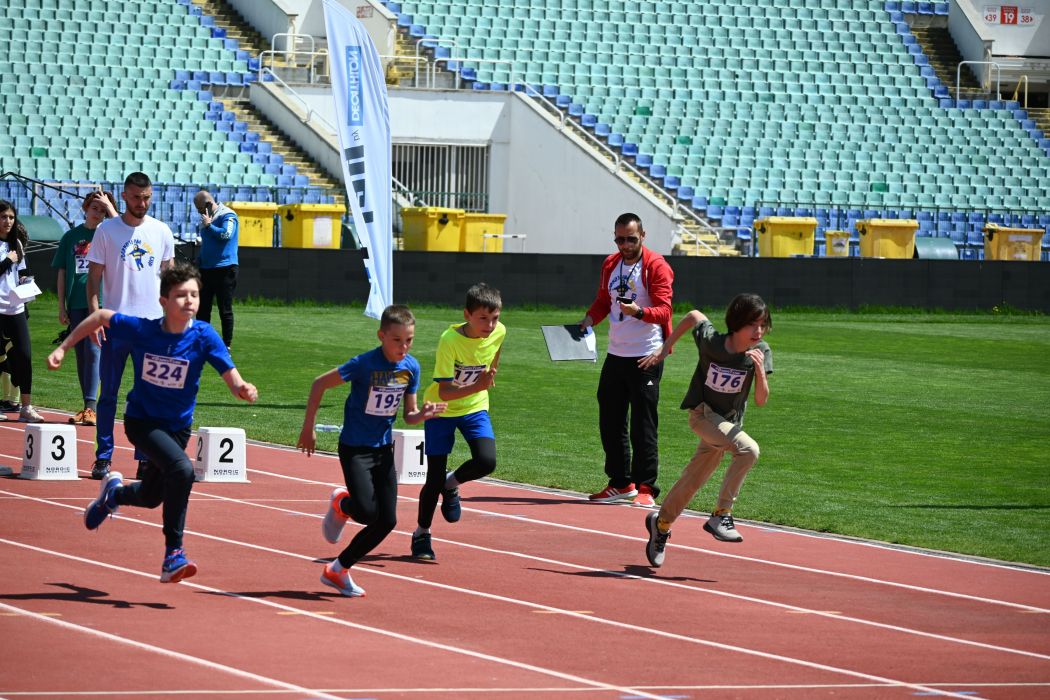 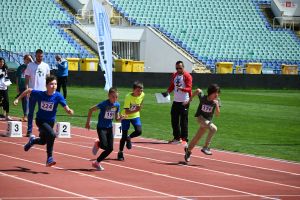 The Sofia athletics school Darko Athletics team organized its first competition for children aged 4 to 13, which was attended by over 250 kids, representatives of over 10 clubs in Bulgaria.

Darko the Wasp, who is the mascot of the school, had fun with the children from the clubs across Bulgaria on April 30, 2022 (Saturday), as the tournament was a combination of athletics, exercises and games from the program "Children's Athletics" of the world federation. The participants had a warm-up with Darko the Wasp with music and exercises, and then competed in the 50 or 60 meters.

All participants received starting numbers and a certificate of participation, and the fastest in each age group were awarded medals and gifts from Darko Team. The competition is part of Darko Tim's long-term mission to popularize athletics among children. The school is among the leaders in Sofia and takes care of the preparation of nearly 200 children at four bases in the capital.

During the event, the children got acquainted with the #SPORTolerance initiative, co-funded under the Erasmus+ programme of the European Union which aims to contribute to further human capacity development in sport through development of set of mobilities for sport coaches that included both educational modules and modules for exchange of good practices in the field of using sport for prevention of radicalization and building tolerance and solidarity.